February is the second month of the year in the Julian and Gregorian calendars, with 28 days in common years and 29 days in leap years, with the quadrennial 29th day being called the leap day. It is the first of five months to have fewer than 31 days (the other four being April, June, September, and November) and the only one to have fewer than 30 days. The other seven months have 31 days. In 2020, February has 29 days. 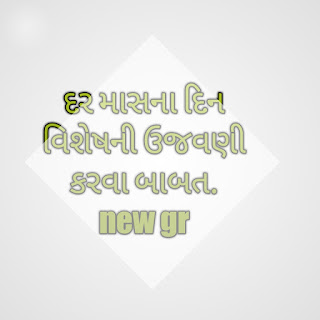 The speech is said to be planned and implemented for a maximum of 5 minutes in the prayer hall and to celebrate the day. Also included is a special February Day special. In addition, the next ta. Maha Shivaratri was a public holiday on Friday the 5th of February. "Mother Language Pride Day" should be celebrated on 9/11. In which to organize a mother tongue gourd essay competition. , Contesting Popular Language Songs , Introduction to Mother Language Literature and Literature, Organizing Speech Competence at School Level, Signing in Mother Language. (Bhajan, Ghazals, ballads, ballads, poems, etc.), Ta. There will be a celebration of "Scouts and Guides Day" on Saturday 8th February, "Ravi Shankar Maharaj Janjayanti" will be celebrated on Tuesday 3rd February, in which the Ravi Shankar Maharaj's life events will be included in the prayer meeting, the list of the school functions, the services they performed. To write the message of Maharajasri on the black board etc. Activities and National Central will be the celebration of Science Day ".

In addition, the information for the day special celebrations of all the primary schools under your authority is to be sent periodically by submitting the details of the day specials that are celebrated in the Shruti font in the Google Akshit sheet as per the following format.
Here is how to enter information in a link. (1) Open the link in this paripatra. (2) The DEO / DPEO / AO of that district shall file the information against the name of its own district. (3) In Google Sheet, the name of the sheet is written day special and date, which will have to fill in the date special and date.
Share on Facebook
Share on Twitter
Share on Google+
Share on LinkedIn
Newer Post Older Post Home