Auto rickshaws to be started except Ahmedabad and Surat, maximum number of passengers can be in one rickshaw: CM Rupani, LockDown Related more news

The rules and sOP will be prepared on 18th May and will be implemented from Tuesday 19th May morning. Shri Vijaybhai Rupani said that as per the notification of the Government of India, it has been allowed to start industries in the areas outside the content zone. Regardless, the industry will be allowed to start in the areas outside the content zone including Ahmedabad, Vadodara, Surat, Rajkot, Bhavnagar city. Not only this, as per the exemption given for transport services in this notification of the Government of India, the state government has given ST for areas outside the content zone. Rules on bus and city bus services will be announced on Monday along with compliance with social distance rules. The Chief Minister clearly stated that in order to implement the Karyu across the country from 6 pm to 8 am, it will be strictly implemented in the entire state of Gujarat as stated in this notification. 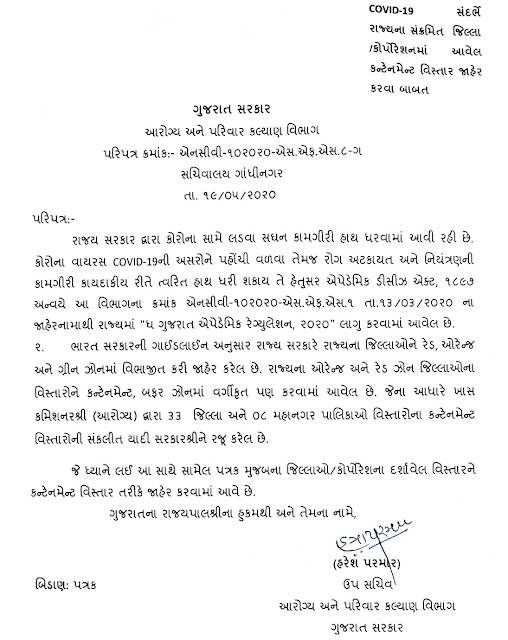 Intensive action is being taken by the state government to combat the effects of corona virus coVID-19 as well as to expedite the prevention and control of the disease legally under the Epidemic Diseases Act, 1897. , 2010 "has been implemented. As per the guidelines of the Government of India, the state government has declared the districts of the state into red, orange and green zones. 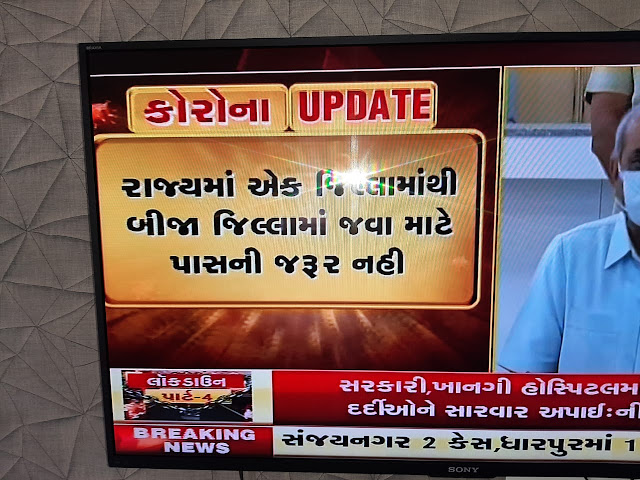 Areas of Orange and Red Zone districts of the state have also been classified as containment, buffer zones. On the basis of which a special list of containment areas of 33 districts and 08 Municipal Corporation areas has been submitted to the Government by the Special Commissioner (Health). In view of which the area indicated by the districts / corporations as per the attached form is declared as containment area. By order of the Governor of Gujarat and in his name. Gujarat All District containment zone latest list today for Lockdwon 4