India government will provide rations to the poor in the covid-19, 80 crore people will benefit.

With a second wave of cases coming in every day due to the second wave of Corona virus, state governments have announced a variety of restrictions, including weekend lockdowns, lockdowns, to prevent another wave of infection.
Now the central government has also announced to provide free rations to poor families in the month of June under the Pradhan Mantri Garib Kalyan Anna Yojana. Free rations will benefit about 800 million people. 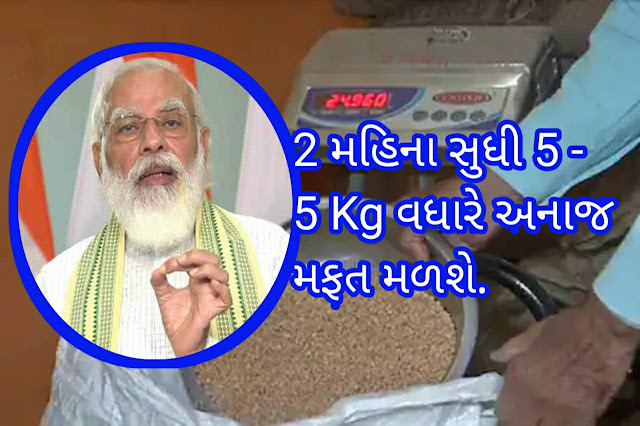 The government said that PM Modi was adamant that at a time when the country was facing another wave of corona virus, it was important that the poor could get nutrition, as the central government would spend about Rs 26,000 crore under the scheme.
કેટલું અનાજ મળશે જુઓ.👇🏻👇🏻 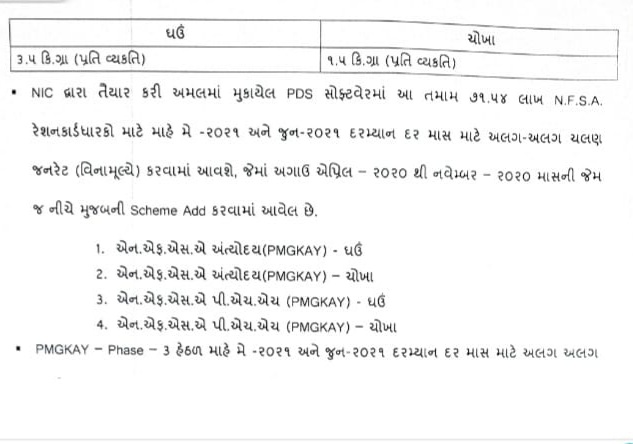 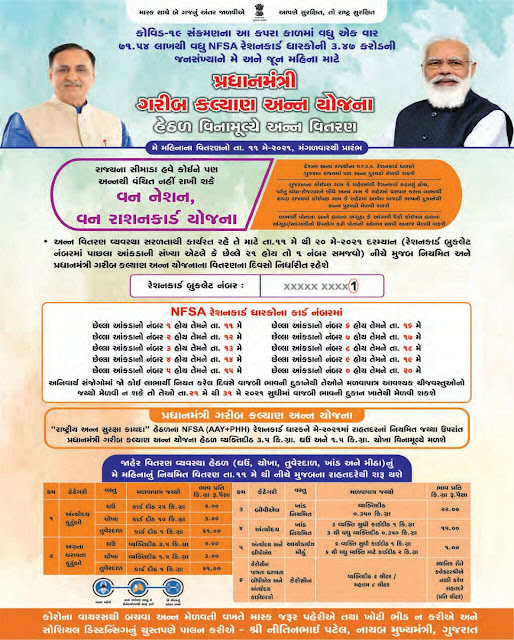 Under this, 80 crore beneficiaries will get benefit.  In May and June 2021, 5 kg of free foodgrains will be made available to the poor.  The government says the PM will get benefits under the Garib Kalyan Anna Yojana.
PUC સર્ટી જાતે ડાઉનલોડ કરવા CLICK HERE
લાઈટ બિલ ચેક કરો. CLICK HERE
In line with Prime Minister Narendra Modi's commitment to the poor, the Government of India has decided to provide free food to the beneficiaries under the Pradhan Mantri Garib Kalyan Yojana like last year.
Share on Facebook
Share on Twitter
Share on Google+
Share on LinkedIn