Read the following passage carefully and answer the questions given below

newton was a great scientist. His father died in his early age.his mother married again and he was brought up by his grandmother.she took much pain in his bringing up. 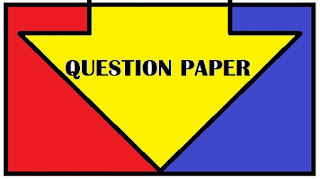 He discovered the law of gravitation. he dedicated his life to the welfare of mankind. he was kind of all.

Let us know how kind newton was! he used to keep his papers containing his great work on the table. one day letting his dog live all alone in the room,he went for a walk, after a while, the dog jumped upon the candle fell down on the heap of papers. the papers caught fire and burnt to ashes. newton returned and saw his dog diomand standing before his wagging its tail.newton saw the damages done by the dog.he exclaimed,''Diomand,you know nothing about what harm you have done to me!'' he patted the dog and sat down to do his work again.what a great man newton was!

2) Why and how was newton brought up by his grand-mother ?

3) What harm did diomand do to newton ?

4) find out the similar word from the passage:

a) to take great care

TRANSLATE THE FOLLOWING PARAGRAPH IN YOUR MOTHER-TONGUE

one day,a cruel boys truck a dog with a stone and hurt one of its legs.at that time a kind little girl saw the wounded dog and felt pity for it. she said to boy,''why did you hit the poor dog ? the dog is really man's best friend and his faithful servant.''then the girl took the dog to her house and dressed its wounds.she nursed the dog till it was quite well.

write a paragraph of about 75 words on any two with the help of the given points:

write one letter with the help of points given:

mitesh asani,1071,motilal nagar,jamnagar,writes a letter to his friend kalpesh senta describing the prize distribution function of his school.

fill in the blanks with appropriate function words from the brackets:

3) the police beat the thief.

1) the cat stood under the table is brown.

0 Response to "SSC BOARD QUESTION PAPER"