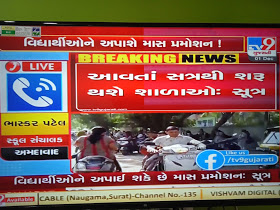 Ahmedabad This time the program changed due to Corona. The Gujarat government wants to extend the academic session after Diwali. Under normal circumstances the first session starts in the month of June and lasts for 105 days. The session ends with a 21-day Diwali vacation. Normally a 21-day vacation starts two to three days before Diwali and ends around Devadivali, but this time the schedule has changed due to Corona. The next session will be reimbursed in the second session.

The process of filling online form for standard 10 and 12 will start in January.

Following this announcement, the board is now planning to start filling up online forms for Std. 10 and 12 examinations in January.  The online form can be filled up four months before the board exam and then the board can do other work properly.  The work will start in January and even after the completion of this work by the end of February, the board will have two months to prepare so that the board can take the exam properly in May. 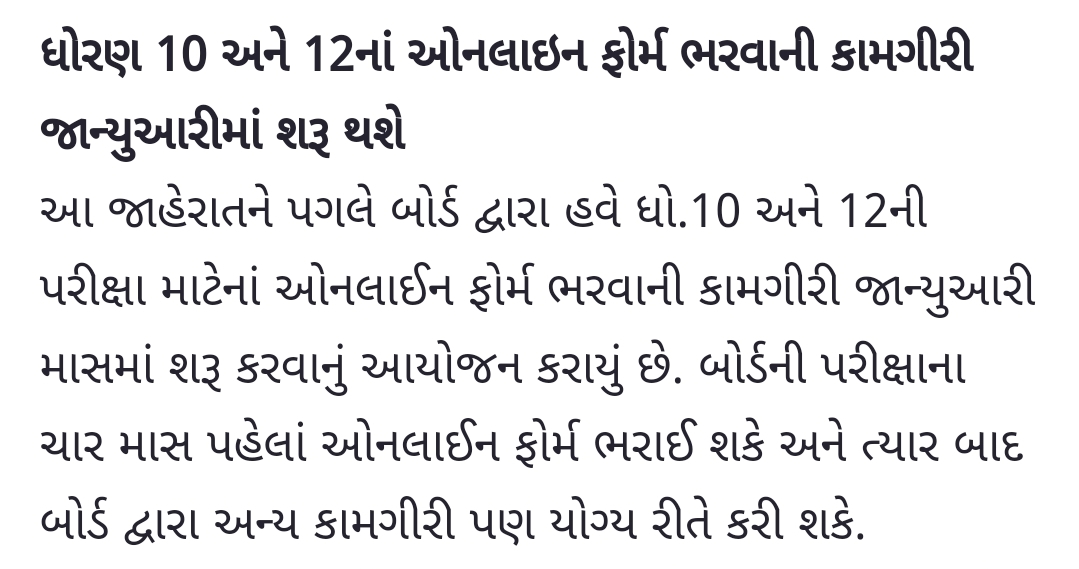 Who called Bhupendrasinh in the current press conference ?

Earlier, the education minister was holding a press conference on November 23 to open school colleges. Then the phone of the education minister rang in the ongoing conference. There is a lot of debate about who owns this phone. Normally no minister or official receives a phone call during an ongoing press conference. There are rumors that Bhupendrasinh received a call from the Chief Minister's Office during a conversation with reporters.

According to sources, if schools do not start by the end of December, students studying in Std 1 to 8 will have to be given mass promotions, while in Std 9 and 11, only three major subjects will be examined and the results will be declared.  There is also a 30 per cent cut in the syllabus when the board's standard 10 and 12 board exams will be taken and there is a possibility that the exams will be taken by OMR method.
Share on Facebook
Share on Twitter
Share on Google+
Share on LinkedIn